HAMILTON, ON (July 8, 2019) – CARSTAR, North America’s leading provider of premier collision repairs, dedicates every June to fundraising for cystic fibrosis research, advocacy and care, but reached new heights with its 2019 funds raised to over $100,000.

Known as, ‘Shine Month’ at CARSTAR, this is a time when locations across North America dedicate time and funds to the fight against cystic fibrosis (CF). CARSTAR franchise partners host car washes, participate in the Walk to Make Cystic Fibrosis History or walk in Great Strides to help engage their team and community in raising funds and awareness for CF.

“We have gotten to know families in our area affected by cystic fibrosis through our fundraising efforts, which motivates us more to help this cause,” says Wayne Minogue, owner, CARSTAR London East and CARSTAR London West. “My wife Luci along Jeff and Nancy Vanleeuwen completed our annual Walk to Make Cystic Fibrosis History, which is now a three generational event for our family as our brand new granddaughter was able to participate in her stroller this year, which meant a lot to us.”

The Minogue’s also joined in with other locations, like CARSTAR Toronto Millwick, to make direct donations of $1,000 to Cystic Fibrosis Canada, to help commemorate the CARSTAR 30th anniversary during Shine Month.

“Giving back is engrained in us, so it really is a no-brainer to contribute to the CARSTAR cause, Cystic Fibrosis Canada, especially after we hear their impactful stories,” says Ralph Andreaachi, Owner, CARSTAR Toronto Millwick. “Our team just wants to do what we can to make the lives of those living with CF, a little bit better.”

CARSTAR began fundraising for cystic fibrosis (CF) in Canada over 20 years ago, when a franchise partner’s granddaughter received a cystic fibrosis diagnosis. Since then, the CARSTAR commitment to its charity of choice has only accelerate, as have the funds raised. Passing the $3 million threshold for funds raised for Cystic Fibrosis Canada in 2016, CARSTAR now has over $3.7 million raised as U.S. franchise partners join in on the cause.

“Our commitment to cystic fibrosis runs deep within our corporate culture at CARSTAR, so it makes sense to celebrate our charitable partner for June’s 30th anniversary,” says Michael Macaluso, President, CARSTAR.

Cystic fibrosis is a fatal genetic disease with no cure. CF causes various effects on the body, but mainly affects the digestive system and lungs.  A defective gene causes a thick, buildup of mucus in the lungs, pancreas, and other organs leading to infections, extensive lung damage, and eventually, respiratory failure.

“We are grateful for CARSTAR’s enthusiasm and dedication to raise funds, awareness and help advance the mission of the Cystic Fibrosis Foundation,” says Elizabeth Thompson, Senior Director for National Corporate Engagement, Cystic Fibrosis Foundation. “CARSTAR is steadfast in their efforts to support the cystic fibrosis cause across North America and we cannot wait to accelerate this momentum. It is because of companies like CARSTAR, we believe that one day CF will stand for cure found.” 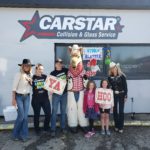 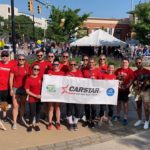 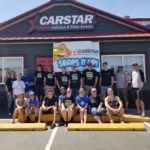 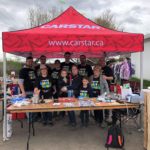 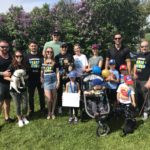 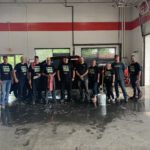 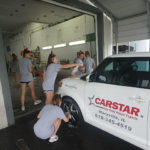 CARSTAR is North America’s largest network of independently owned and operated collision repair facilities with more than 650 locations in 35 states and 10 Canadian provinces. A part of the Driven Brands family of automotive aftermarket franchise brands, CARSTAR delivers national scale, premier vehicle repairs, repeatable outcomes and the industry’s highest customer satisfaction ratings. Celebrating its 30th anniversary this year, CARSTAR has maintained its commitment to give back to the communities it serves through a variety of fundraising initiatives, including raising over $3 million for Cystic Fibrosis Canada, and has made fighting cystic fibrosis its cause, North American wide. For more information visit www.carstar.com and www.carstar.ca and follow on Facebook, twitter and LinkedIn. CARSTAR is actively seeking new franchise partners and interested parties should contact 844-906-9764.

This website uses cookies to improve your experience while you navigate through the website. Out of these, the cookies that are categorized as necessary are stored on your browser as they are essential for the working of basic functionalities of the website. We also use third-party cookies that help us analyze and understand how you use this website. These cookies will be stored in your browser only with your consent. You also have the option to opt-out of these cookies. But opting out of some of these cookies may affect your browsing experience.
Necessary Always Enabled
Necessary cookies are absolutely essential for the website to function properly. This category only includes cookies that ensures basic functionalities and security features of the website. These cookies do not store any personal information.
Non-necessary
Any cookies that may not be particularly necessary for the website to function and is used specifically to collect user personal data via analytics, ads, other embedded contents are termed as non-necessary cookies. It is mandatory to procure user consent prior to running these cookies on your website.
SAVE & ACCEPT